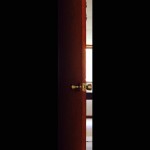 L ast summer, while visiting my favorite recreation center, I saw the word “Greater” on a young woman’s tee shirt. The lettering was all caps and embellished in a silver metallic. Being an avid crafter, the shiny letters caught my eye immediately. I approached the young lady to let her know that I liked her shirt. She told me that her church had come up with the idea for the shirts, and that “Greater” is part of their campaign to increase their faith in the power of building greater horizons as a result of and in spite of obstacles. That brief conversation stuck with me. I felt elated and empowered. Mainly because the word “Greater” became my focus for that day. I found myself resuming tasks and projects that I had set aside because I felt they involved more effort than I had been willing to put forth.

The more I focused on “Greater”, the more empowered I felt. I quickly and effortlessly completed some sewing projects that had been left unfinished for several weeks. At that point, I decided to start a campaign of my own using the word “Greater” as my motivator.

I shared my story with my son who was about to start a new job. I hope it will inspire him to focus on the greater opportunities that come from his venture—seen and unseen. More importantly, I hope he passes the positive energy on so that others can be empowered by it.

I later shared my story with the young woman who had worn the inspirational shirt. I wanted her to know how much power I had received from seeing that single word printed on her shirt. I asked her to let the members of her church know how their project had affected me. I am certain that her fellow members will be happy to know that their campaign helped me to regenerate positivity in my life.

It is comforting to know that no matter where I am in my journey, or in my dreams, “Greater” is usually just one door away. Having the courage to hold out  until I reach that door has proven to be worth the wait every time.

So instead of focusing on the temporary setbacks, roadblocks, detours and wrong turns, I will set my personal navigation system to “Greater”–and I continue moving forward toward it.