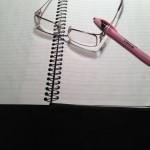 No matter what the cause, the struggles put forth to defend a cause is what will be remembered. This thought came to mind after I listened to the comments made by Common and John Legend as they accepted their Oscars for the song Glory. The two wrote the song for the movie Selma; they received an Oscar for Best Original Song.

Winning the award was, no doubt, a momentous occasion for both performers, but each took a moment to remind us that there is still work to be done in the struggle for equality. It was an emotional moment for me because, not only did these two young men acknowledge the struggle that had taken place almost 50 years ago in Selma, Alabama; they recognized the need to build and strengthen equality bridges today. John Legend further reminded us that the responsibility lies with each of us to continue the struggle that Martin Luther King and other civil rights leaders started. His comments were strong and factual; they were fused by genuine emotion. His speech was the highlight of the Oscar ceremony for me.

Some of the recent events that have occurred involving Blacks losing their lives at the hands of individuals who were not held accountable have left me shaking my head. I can’t help but feel that the life value of Blacks is depreciating at a fast pace. The struggle put forth to obtain equal rights in the past has brought us to an era where those rights no longer appear to apply. Remembering the struggle is not enough, we need to continue to fight for equality because little by little our space in this society is being diminished.

The bridges we struggled to cross to gain equality have being compromised. In other words, it appears that we need to keep going back to the original battle ground to fight for turf we thought had already been acquired. Sadly, as we move forward we discover that some of the rights we thought had been won are still in jeopardy.

Going back to Selma, and other places where blacks fought, endured pain, and even died serves as a reminder to us that the struggle must remain a part of our agenda. For certain it is each generation’s responsibility to mind our rights just as the shop owner minds the goods in a store; for, the shoplifters of equality seek to rob, steal, and destroy the rights that were won at a great cost.

Heartfelt thoughts to those who were part of the struggle to get laws passed that opened doors for Blacks in America; now, many years later, Black Americans still find themselves waiting in line to get stamped and approved for those rights.

The rights obtained in our yesterdays have opened many doors for today. It is our responsibility to elect leaders who will make sure Black America’s outlook for tomorrow is even more promising. That way we will know, and have a say so in who is minding our rights.