A Cause for Courage 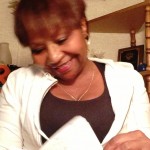 When my former landlord filed a lawsuit against me, I was not sure if I had the courage to challenge the accusation. Even after I read the claim and discovered it had been fabricated, based on lies, I felt helpless against the rental agency.

According to the lawsuit, it had taken six months for the agency to find a tenant for the unit that I had vacated. Although I moved out six months before my lease expired, I knew my apartment had been rented within two weeks after I moved out. Luckily, I had driven past the complex and noticed that a new tenant was already living in my old apartment. At the time, I had no idea that simple observation would become key evidence in my effort to clear my name, in a court of law. Even though I was flooded with doubts, I knew I had to do everything I could to expose that agency.

Since my main concern was to protect my credit rating, I knew I had to obtain documentation from the new tenant. I prayed that I would be allowed to get a copy of the current lease; it would be the key to my winning the case.

On the day I set out to meet the new tenant and tell my story, I was very nervous. Thankfully, the young woman was quite helpful. Upon hearing my story, she was happy to provide the information I needed. Her lease had been signed just eight days after I moved out. She provided me with a copy of the lease, and a copy of her canceled check.

Next, I created a file which contained everything I needed to win the case. The situation I initially feared, had now become an adventure. I looked forward to my day in court.

Finally, my court date arrived, and I stood before the judge. I calmly told him that I had information in my file to prove that the charge against me was a lie. The rental agency’s representative was speechless. When the judge challenged him to show just cause to continue the case, he could not come up with anything. The judge then turned to me, winked his eye, and said, “Case dismissed.” At that moment, I was flooded with joy, gratitude, and pride; nevertheless, I was glad the ordeal was over. Fortunately, I had found the courage to challenge that lawsuit, but more importantly, I had protected my reputation and my credit standing. I had won the case–and I never had to open my file.

The experience taught me that courage can be summoned up at any given time, but when you are driven to defend your reputation, courage will propel you to victory. My cause for courage not only moved me to action, but it helped me to discover strengths I did not know I possessed.

(This post may be helpful to those of you who may have found yourselves giving in to defeat, even before putting forth your best efforts to fight.)

Next post: Life’s Challenges Serve as Building Blocks to Growth and Success

Previous post: Make Your Crafting Skills an Active Part of Your Life