Laughter is Still the Best Medicine… 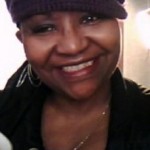 Somestimes it helps to see humor in your shortcomings and blunders–this is a true story:

The GPS Lady and Me

I have always had a problem finding my way around; it doesn’t matter whether I am walking, driving, or on public transportation, I manage to get lost. However, when I purchased a GPS navigation device, I thought my wandering days would be a thing of the past. Most of my trips are by automobile, so I looked forward to the possibility of driving to places I had previously avoided. The articulate voice in my GPS, the GPS lady, would be my best friend forever; I would never leave home without her.

Several of my friends congratulated me for making such a wise purchase; so, I thought it odd that they told me to keep a map in the car. If I could read a map, I probably would not need a GPS, which is the acronym for global positioning system. Furthermore, having a map, for me, just meant I would spend more time being lost—while attempting to read the map. I mounted the unit in a special place on my dashboard. Actually, it was the most convenient place, but I wanted the GPS lady to think I had gone out of my way to make sure she was safe and comfortable; after all, we would be taking lots of fun trips together. I know this sounds strange, but over the years, electronic gadgets have actually taken on personalities; therefore, I thought it was ok to talk about my GPS as though it were a person

My first trip with the GPS lady was to my mom’s house. I knew how to get there, but I wanted to hear the cheerful voice that would be directing me to places that I, previously, had not dared to go. After I entered the address, the friendly lady’s voice began to give me directions. The route we took was not the one I was used to, but no problem; I was confident that the GPS lady would get me to Mom’s house, using the best route. After a short time, and a few turns, the GPS lady announced that I had arrived at my destination; surprisingly, I was in front of my own house. Of course, I assumed that the device had malfunctioned. I rechecked the information I had entered; everything looked fine. Then I figured out what the problem was—I had, inadvertently, entered my own address. With a quick, smooth motion, I turned the unit off. I did not want the GPS lady to know I had made such a dumb mistake, so I resumed the trip to my mother’s house, without any assistance from the GPS lady. I immediately thought of a science fiction movie I had seen, where the computer took control of its operator. After thinking about the possibility of the GPS lady taking over my car, I actually laughed out loud.

Although I felt good about having the GPS to help me navigate to unfamiliar places, my fear of getting lost did not go away. In fact, I was afraid that the GPS would direct me to a location, and then not know how to find its way out. I became so paranoid that I would not listen to the directions from the unit; unfortunately, on those occasions, I got lost. Of course, when that happened, I would wait for the GPS lady to recalculate and put me back on course.

The GPS unit came with a number of useful features; the one that appealed to me most was the trip simulator. I thought, if I used it to preview the route, I would feel more relaxed when it was time to make the actual trip. That was not the case; unfortunately, after going through the route on the simulator, I became confused and nervous. On more than one occasion, I cancelled the intended trip because… yes, I became too paranoid. Nevertheless, I was confident that the GPS lady would, eventually, make my trips fun and relaxing; therefore, I did not give up. I was determined to start following the directions exactly as they were given.

Another feature on the GPS, allows the user to pick out a vehicle that would be displayed on the screen as it navigates through the route. I picked a red Corvette; I have never driven one, so I thought it would be great to have it on the screen. That was not a good idea. I decided it would be better if I saw my own car on the screen; therefore, I changed the display vehicle to a blue minivan, identical to mine. I know this sounds crazy, but I needed to see the little blue GPS minivan always in the exact location as mine. If there is ever a glitch in the system that would cause the vehicle displayed on the screen to disappear, I would reach the highest point on the paranoia scale—if there is such a scale.

At some point, the friendly voice of the GPS lady made me feel relaxed, but whenever the unit was silent, I still panicked. Since I have no logical thought process when I am driving to unfamiliar places, it took me awhile to figure out that the unit only talks when there is a change in the travel route. Again, having the blue minivan displayed on the screen assured me that the GPS lady was still there to direct me to my chosen destination.

In spite of my paranoia while traveling, the GPS lady took some of the worry out my driving trips; as well, I saved money on gas. Prior to having the GPS, I would drive miles and miles off of my intended route. Sometimes I would end up is suburbs that I would not have been able to find if I wanted to; so, being lost sometimes led to discovery. Once, before I purchased the GPS, I got lost in a subdivision; after about 25 minutes of driving around in circles, literally, I asked a resident to lead me back to the main street. The trip home, from there, only took me about ten minutes. I’ve heard that laughter is the best medicine; that day, I laughed, off and on, for the entire trip home, and even more when I got home and told my husband about the incident.

Though it is obvious why I need the GPS lady, I am not proud of my ineptness when it comes to traveling by automobile. Admittedly, I am embarrassed that the incidents I described really happened to me; but I am happy to say that my automobile trips have become more relaxing, and I actually look forward to driving to new places. The one thing I can depend on is–no matter how far off course I go, and no matter how obnoxious and angry I become, the cheerful voice of the GPS lady will always recalculate—and then tell me exactly where to go.

Next post: The Clouds are There Just to Get Our Attention