Break the Cycle; Create a New Trend and New Hope 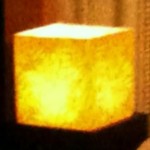 There appears to be an epidemic of violence in this nation; neighborhoods are slowly being destroyed. Children’s moral and ethical values are lacking; they are using violence as the way to resolve common childhood issues. The turf wars are making it very difficult for normal school activities to be enjoyed by young people. This destruction appears to be out of control. In the mist of this situation leaders are focusing on ways to salvage our youth, and introduce them to programs and activities that improve their quality of life. Hopefully, a positive outlook will become the new trend.

While concerned groups network and brainstorm to find ways to end the violence that plagues our neighborhoods, news reports reveal that the pattern continues. Although there are no simple steps to resolve this dilemma, I am inspired by the efforts of the various communities that have banned together to address the issues. Sadly, the efforts to address the issues in the neighborhoods are hindered by the fact that many of the children are not being raised in homes with their own parents. Thankfully, the creation of community workshops has given some of these children a place to demonstrate their artistic abilities. These positive outlets will help those young people to find purpose and renew their hopes for a better future.

Radio stations, and other media have provided platforms for youth to express themselves about the violence in their schools. The majority of these children want to learn and grow in a normal school setting. They are worried that the destruction has gotten out of control; they are looking to the political leaders for solutions.

Children are finding it difficult to focus on learning because the violence is not only happening on the streets, it is occurring inside of the schools as well. Teachers have to contend with unruly students on a daily basis, thus, the entire class will suffer because of such interruptions. Unfortunately, bad behavior has escalated from simple classroom pranks to outright violence. Some children have commented that they are acting out the violence that they’ve encountered in their homes. No doubt, this is a major concern for social service agencies. Unfortunately, children have sometimes been relocated to households that continue the same pattern. In some cases more disturbing things have occurred in the new household settings.

The lawmakers have come up with a plan to place National Guard troops in the neighborhoods to police the streets. Residents are not certain that this is a good solution—still the violence continues, and is expected to escalate even more as we move into the summer months. All of the writing, talking and brainstorming about this situation has brought a number of writers, speakers and analyzers together. Though community leaders and concerned individuals have created some great programs and incentives for young people, the senseless acts of violence continue. I commend and applaud the individuals that have made progress through the implementation of community programs. Their efforts have brought awareness and calm to some of the affected areas; there is hope.

As communities focus on the task of redirecting their youth toward more productive life styles, parents must focus on using their parenting skills to instill ethical values in children—right along with the essential nutrition that builds their strong bodies. This means that it is never too early to start building character in children. Parents can reshape and renew our society by raising children that will add value to the family, to community –and to the world. If that mission is accomplished, then the outlook will be transformed to hopeful, with a strong chance of brighter tomorrows.

Next post: You Are Not Alone In Your Struggle